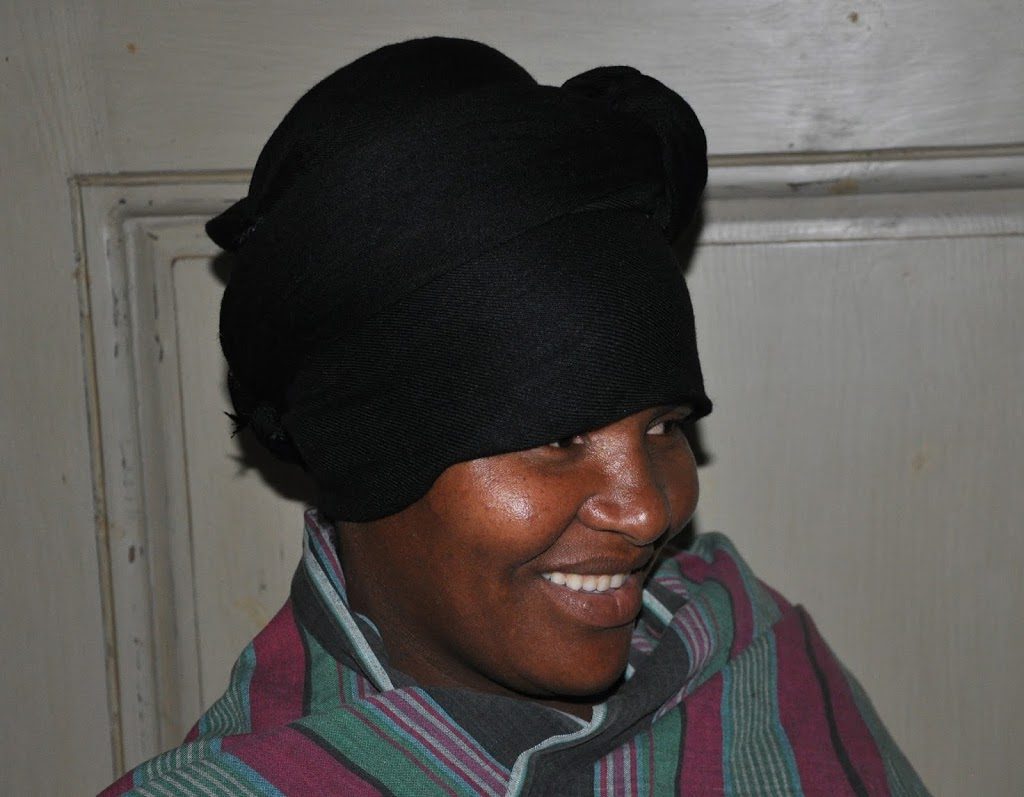 It’s not news that what you wear says a great deal about you. In other words, your wardrobe plays an important part in establishing your identity. In many countries, style of dress is to some extent influenced by culture and tradition: although with the world becoming a global market, the thin boundary between clothing styles is becoming increasingly blurred.

In the isiXhosa (Xhosa) culture, an ethnic group of people of South Africa found mainly in the Eastern Cape, ‘fashion’ strongly reflects culture and heritage. Most Xhosa traditions and rituals concerning life, marriage, childbirth and death are closely related to what people wear. Xhosa culture reveres the different stages of life and the clothing a Xhosa person wears speaks volumes about his or her in society.

As such, a Xhosa wedding is not just the celebration of the union between a man and a woman. It is also a rite of passage for a young woman, who is considered a girl before she marries. While certain symbolic items have evolved over time, the modern-day makoti’s (bride or newly-wed woman) wedding attire reflects this passage into womanhood. Each garment and accessory holds enormous significance and serves to honour and preserve the dignity and beauty of Xhosa culture and ritual.

Much ado about the headpiece

Mostly it’s about the iduku, also known as the iqhiya (headpiece). If a woman’s head is covered you can tell she is married: A makoti wears a black iduku, a turban-like scarf, wound and tied, and dipped low to veil her eyes. Once married she moves from her parent’s home to her in law’s house and the covering of the eyes is a sign of respect to her elders and in laws. It is also a sign that she has been accepted into her husband’s family. Once she gives birth to her first child she can move the iduku up and off her eyes and can wear a headscarf of any colour.

More than a heritage symbol, the iduku gives a Xhosa woman another layer of respect, inner strength and self-confidence. Generally, more elaborate headpieces indicate seniority. In fact, the headpiece has also become an iconic fashion statement for traditional and contemporary Xhosa women and African women in general. Women regally adorned with various vibrant and elaborate headpieces can be seen at traditional, and increasingly, more modern events.

Why the length of the skirt matters

In western culture the wearing of pants is commonplace among men and women. In traditional Xhosa society, young girls do not wear pants or at least are not supposed to. While this might seem outdated to the western observer, Xhosa culture is by its very nature, amiable, accommodating and encourages positive attitudes to life. Nowadays, it isn’t unusual, although perhaps frowned upon by older members of Xhosa society, to see modern Xhosa girls and women wearing the latest leggings.

An inkanzana (unmarried woman with a child) must wear a longer skirt or dress below the knees at least, while an intombi (young unmarried woman) is entitled to wear shorter skirts. A bride wears an ankle-length skirt. The covering of her legs is dual purpose. It indicates that she is no longer a girl and it also serves to avoid unwanted attention from other would be suitors.

Concealing the waistline and covering the shoulders

Once married, a makoti wears an idaki (a dress given to her by her husband’s relatives). She wears a blanket or shawl around the shoulders, her iduku, and an uxakatha (towel or thick scarf) around her waist. The shawl represents the qualities of protection and nurturing expected of her. The scarf obscuring her waistline serves to protect her fertility. She wears these and various other adornments provided by her in-laws as a sign of respect to them.

And preparations for the celebrations begin

There is no need for formal invitations. A white flag, flown high is all the invitation required and everyone’s invited. Closer to the big day, the community flits about in an excited frenzy. Women gather together to prepare hearty kwasekhaya (home-style Xhosa dishes). These include anything from umqombothi (traditional Xhosa beer or home brew) link to article, isopho (soup), umnqusho (samp and beans), and imithwane(made with pumpkin leaves and butter) to umsila wenkomo (oxtail stew), ulusu (tripe) and dombolo (dumplings). There is never a shortage of food or home brew. Well-wishers are constantly toing and froing in and out of the family homes of the bride and groom. Then the big day arrives and the festivities begin in earnest.