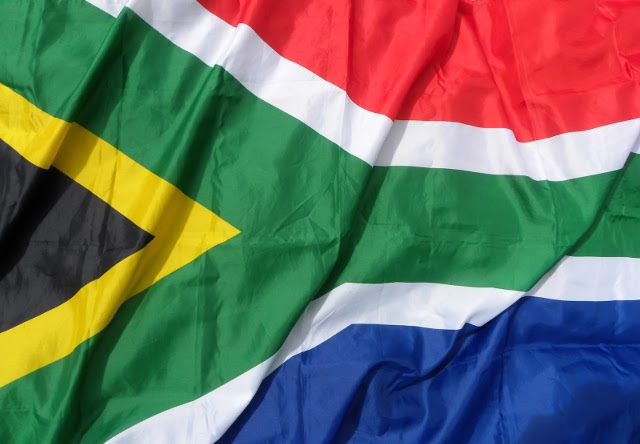 In spite of increasing globalism and the notion of “global citizenship”, national symbols play an important role in helping to build a country’s national identity. Some countries go out of their way to distinguish themselves by creating emblems for practically everything.

At the heart of it all, people are essentially social creatures seeking a sense of belonging. National symbols help to cement that belonging. Nowhere is this more prevalent than in a country like South Africa. Unified in diversity, South Africa’s national symbols have played a critical and sometimes controversial role in building the nation.

The South African flag – more than cloth and ink

Decided upon at the last minute, South Africa’s “rainbow” flag barely made it onto the nation’s flagpoles in time for the first democratic elections in 1994. At the time of its adoption it was the only national flag to include six colours in its main design. When the design was accepted, the colours were deliberately not given any symbolic meaning so as to make them personally meaningful.

The “Y” is particularly significant as it reflects the convergence of cultural diversity on the road to unity. Initially, intended as an interim flag, South Africa’s “rainbow” flag has become one of the most recognised symbols in the world.

In the Afrikaans language, “spring” means jump and “bok” means buck. Aptly named, the springbok, South Africa’s national animal is a small buck or gazelle that can leap up to four metres in the air, land and immediately leap again.

When talking about national pride it is virtually impossible not to have South Africa’s national animal and rugby in the same sentence. For most South Africans, to separate them would be inconceivable, but this wasn’t always the case. For black South Africans under white minority rule during the apartheid era, the Springbok or “Bok” emblem was a symbol of oppression. After the demise of apartheid, the new government was intent on doing away with the emblem.

Then president, Nelson Mandela intervened as a gesture of good faith to the predominantly white (and mainly Afrikaner) rugby supporters, to retain the emblem. When he strode on to the pitch pre-match final between South African and New Zealand, he wore a replica of the Captain’s no 6 jersey. By the time the final whistle blew, South Africa had won and it was obvious to the world that the Springbok emblem had become a source of great pride for all South Africans.

The South African anthem – two in one

South Africa has the only neo-modal anthem in the world. In other words, it is the only one that starts in one key and ends in another. This is because it contains the co-joining of “Die Stem” (The Call of South Africa) and Nkosi Sikelel’ iAfrika. The former was the official anthem in apartheid South Africa. The latter was the unofficial symbol of resistance to apartheid sung by the vast majority of South Africans, particularly at anti-apartheid gatherings. In 1994, the then president, Nelson Mandela confirmed that South Africa would have two anthems, which, when sung, merged into one.