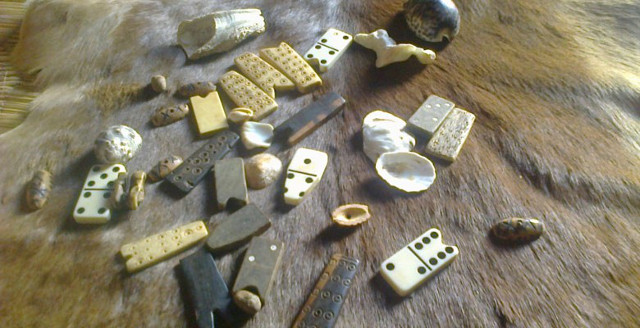 Based on an underlying set of principles and predating the Ice Age, traditional healing is arguably the oldest form of structured medicine. Traditional healers (shamans) are still highly regarded in various societies around the world, including many African cultures. They embody the role of healthcare provider, counselor, psychologist and even priest. In South Africa, more than 60% of the population consults traditional healers. In fact there are something like 200,000 traditional healers in South Africa, compared to around 25,000 western-trained doctors.

Sangoma is the term often loosely applied to all types of traditional healers in South Africa. The word comes from the Zulu language (a people living predominantly in KwaZulu Natal). There are two main types of traditional healer. The first is the sangoma who is concerned with divination. The second is the inyanga who works with medicines made from plants and animals. Owing to western influences in Africa throughout the ages, the distinction between the two has become somewhat blurred.

The African tradition of throwing the bones

Throwing the bones is one of the rituals performed by sangomas. Essentially, bones are scattered by hand usually in a circle and then read. Meaning is deduced in accordance with the position in which the bones fall. While the physical practice of throwing and the items used in addition to bones vary from healer to healer, the practice of throwing the bones is both a craft and a calling.

Becoming a sangoma in Africa

The ancient premise of traditional healing in Africa is that the sangoma communicates with the ancestors or ancestral spirits on your behalf. Becoming a sangoma therefore is more than a vocation. It is, quite literally a ‘calling’ or ‘ukutswa’ from the ancestors. Being called is an ancestral and cultural honour but it is also a major responsibility.

The calling is usually denoted by dreams and some kind of illness or continuously feeling out of sorts. This causes the affected person to seek the guidance of a traditional healer. Sometimes, the person called, the twasa or apprentice, often tries unsuccessfully to seek a western based medical cure until finally resorting to the help of a sangoma who can correctly identify if they are experiencing ukutswa.

Training and initiation includes rituals and tasks to purify the body, for the twasa’s body to realise the ancestral, spiritual energies and provide instruction in the art of traditional healing critical to a sangoma’s work.

The modern role of traditional healers in South Africa

There are numerous charlatans who practice fraudulently and unethically. Not legitimately trained, they often advertise various miracle cures. A real sangoma is properly initiated and goes through rigorous training and does not make promises to quadruple income or to bring back lost lovers. They serve to connect with the ancestors and to heal those in need.

Until fairly recently, the effectiveness of traditional healers as primary healthcare providers was largely disregarded. However, the World Health Organisation (WHO) and other groups recognise and support the integration of western medicine and traditional healing. Nowadays, in the South African context, the Traditional Healers Organization (THO) is officially recognised by government as playing an important and powerful role in African society. THO is all about promoting optimal healthcare systems particularly in rural, outlying areas where access to healthcare is limited.