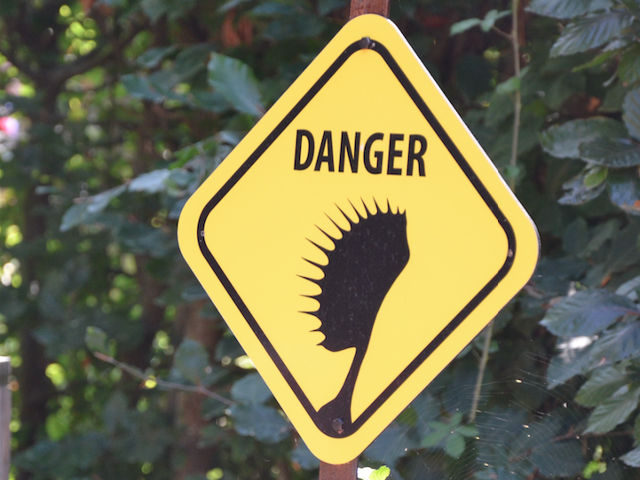 Carnivorous plants are predatory flowering plants that capture and digest animals to obtain nutrients from their corpses. While most species grow without digesting prey they grow quicker and tend to flourish better when consuming animal nutrients.

Leafy flesh eaters prey on everything from insects, spiders, and other small soil and water inhabiting invertebrates to lizards and rodents. They seduce their food with various alluring species-to-species features including vibrant colours, nectar-producing glands, sticky guide hairs, and/or leaf extensions. Their specialised leaves act as handy snares.

On 28 April, 1874 an article in the New York World announced the discovery of a man-eating tree on the island of Madagascar, off the east coast of Southern Africa. The article included a horrific description of a local woman sacrificially fed to the tree by members of her Mkodos tribe. It was based on a letter received from the German botanist Karl Leche, who provided a chilling eye-witness account of what transpired.

Fourteen years later it was revealed that the story was a work of fiction. Neither Leche nor the Mkodos tribe was real. In spite of this revelation, the tale continued to circulate as gruesome fact. For decades, explorers continued to venture into the wild and overgrown interior of Madagascar – a land unknown to outsiders – in search of the elusive cannibal tree.

While the tree never materialised, its popularity spawned various similar fictitious man-eating trees in other parts of the world. It also led to reports of actual carnivorous plant discoveries.

What Darwin had to say

Carnivorous plants are seductive and often beautiful living organisms, which could be said to dangle a frond in both the animal and plant kingdoms – at a stretch of the imagination that is. After all, one doesn’t usually associate plants with eating flesh. Darwin himself believed that the movement-sensing organ on the sundew, a particular species of carnivorous plant, is more sensitive than any nerve in the human body. This belief was based on his numerous experiments.

In spite of horror movies like “Little Shop of Horrors” and H.G. Wells novels and bizarre dining habits carnivorous plants do not bite or gobble people. Quite the contrary, they are completely harmless to humans. Still, the thought of a seemingly motionless plant organism ensnaring and consuming its prey is more than just a little unnerving.