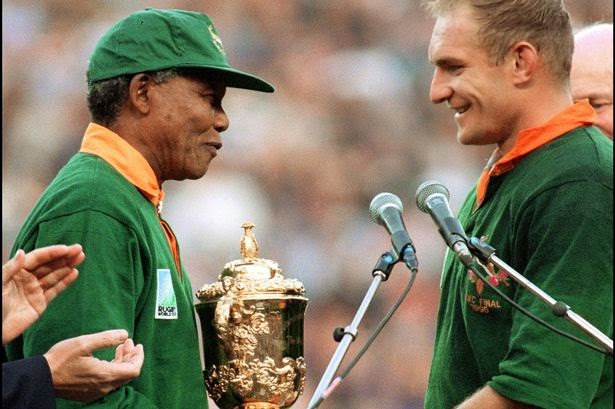 On the 27th of April 1994 the first post-apartheid elections were held in South Africa. Whatever else makes it into the history books in time to come; this day is stamped on our collective memory and will forever be associated with that bright and historic moment and the work the late Nelson Mandela did to make it possible. That said, in as much as Mandela’s many anti-apartheid sacrifices and achievements are well documented there are some lesser known personal and more lighthearted insights that many people don’t know about Mandela.

Living up to his name in apartheid South Africa

For instance, Mandela’s father named him Rolihlala at birth. This isiXhosa name directly translated means “pulling the branch of a tree”. Colloquially it means “troublemaker”, a sign perhaps of things to come. At the time Mandela started school in apartheid South Africa it wasn’t uncommon for African children to be given English names. His teacher named him Nelson. Why she chose this name? No one really knows.

A marriage of sports and science

In his youth Mandela was a heavyweight boxer. It wasn’t the violence of one opponent pummeling another that appealed to him. It was the science of it. He was drawn to the cat and mouse maneuverability required to protect the body, how to attack and retreat and how to strategically pace oneself throughout a match. He claimed that he lacked the power and speed to become an exceptional boxer. This certainly wasn’t the case outside of the ring when he went toe to toe with the apartheid government.

Once released from prison, Mandela travelled the globe and dined with world leaders. Still he remained true to his roots. Some of his favourite dishes included tripe (cow and/or sheep stomach lining and the offal) and umngqushu (samp or roughly crushed corn and beans). In fact, when he was looking to hire a chef, the first question he asked Xoliswa Ndoyiya was, “can you cook our home food?” When she replied in the affirmative he hired her on the spot and she remained with the family for more than two decades. When she prepared umphokogo (sour milk) he would often comment that it reminded him of his mother.

He would fondly recall his mother making it for him when he was a boy growing up in rural Qunu, in the Eastern Cape. Among his many famous quotes and sayings Nelson Mandela said, “Real leaders must be ready to sacrifice all for the freedom of their people.” It is only fitting then, when having sacrificed so much that the village in which he was born, that he loved so much, that held so many happy memories, is also his final resting place.