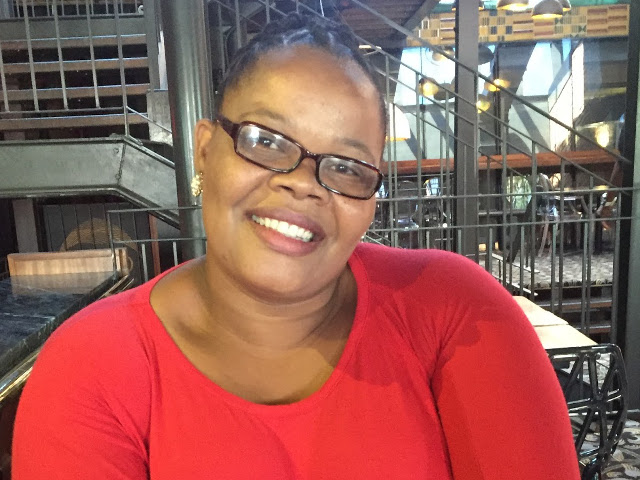 Deep in the Eastern Cape of South Africa lies a village called Cala, which is little more than an out station. It’s virtually impossible to reach unless you have above average 4X4 driving skills or you are willing to cross the Tsomo River in knee to hip-deep, water. It is a remote, unforgiving place situated at the foot of the visually magnificent Cala Pass.

This South African village itself has little infrastructure. There are few schools, no health clinics and treacherous gravel roads. Elliot is the closest neighbouring town. It lies 20 kilometres north of the Pass. Summers are hot and winters are bitterly cold. Villagers tell stories of having to carry their sick, sometimes their dead too, across the river on ladders.

So why do they continue to live here one might ask? For Babalwa, one of the chef’s at GOLD Restaurant the answer is simple. She says, “It’s my family home. It’s where I was born”.

In Xhosa culture, birth is a celebrated rite of passage. Babalwa means “be graced”, “blessing child” or “gifted”. Traditionally, the birthing mother is attended by ‘grandmothers’. These women, similar to midwives, are experienced in birthing babies. Babalwa and her twin sister, Nosipo were not brought into the world by midwives. They were born behind a kitchen door in the family grass-roofed rondavel (circular hut) with their father assisting, while their mother, having suffered severe blood loss, almost died.

Growing up in rural South Africa

Babalwa’s account of growing up is not the romanticised version of rural children singing and laughing as they walk home barefoot from school and women sharing village news as they stroll to the river to fetch water. Living in a virtually inaccessible rural area of South Africa meant a shortage of jobs. Shoes and uniforms were luxuries they could ill afford. Her father was forced to seek work far away in Cape Town.

Sometimes when work was scarce in the big city, the only thing standing between the family and starvation was the milk from their one cow and a meager R600 per month government grant. Yet, somehow Babalwa’s father made certain that each of his six children received an education.

Even when he was away they felt his presence. Babalwa feels it still, every day in the smaller quieter moments of her life. In spite of their family struggles he was never bitter, never resentful and always appreciative of his family and the little they had. She says, “I have stayed true to who my father taught me to be. In spite of my struggles I have never turned to bad things. He made a strong and lasting impression on my life and who I grew up to be. I can never turn my back on my family”.

When she talks about her childhood, Babalwa’s emotional reaction is raw and honest. But her pain is not so much what she and her family suffered. She’s not the kind of woman who looks for sympathy. Rather, what makes her so profoundly sad is the fact she never had the opportunity to help ease the burdens of her father’s life. Two months after landing her first job in a bakery in 2008, her father who was still working in his 60s, died suddenly from respiratory complications. The pain was brutal.

GOLD Restaurant – a home away from home

While working at the bakery in 2008, a colleague told Babalwa about a new restaurant in Cape Town that was opening. Her colleague left to go and work there. She would tell Babalwa stories of the “happy place where everyone was always singing and dancing”. When Babalwa went there for the first time to meet Cindy (co-owner) at GOLD Restaurant she immediately thought, “this feels like home”.

When she started in the kitchen at GOLD Restairant her daughter Lusinathi (Lusi) was two months old. Babalwa was unmarried. In Xhosa culture, if pregnant and unmarried, the women’s father speaks to the parents of the biological father so that arrangements can be made for the care of the child.

As Babalwa’s father had passed, her father’s brother (her uncle) stepped in. The outcome of these talks was that Lusi’s father refused to acknowledge his daughter. Babalwa was hurt. The situation was particularly difficult because she and Lusi’s father were neighbours. “But I had to be strong” she says.

Babalwa’s ex boyfriend has since taken responsibility for his daughter. Never forgetting the powerful and lasting impact her own father has had on her life, Babalwa has never interfered in the relationship between father and daughter.

She says, “my father and I had a special bond. I still feel it. He would tell me, ‘You are the one who listens’. I’m still listening. I never want to disappoint him. She knows her father is proud of her. He told her as much. “I could never forget about my father’s sacrifices and those of my mother who still lives in Cala. I send money home to her”.

Babalwa doesn’t just send money though. She goes back to the place of her birth once a year. “I miss it. It’s still home. Family is important. My Mom is not here in Cape Town, but Cindy is here. She is also my mom. Her heart is open. When I’m stressed this (GOLD Restaurant) is a safe place to come. Whenever I want to do something important, I talk to Cindy. Everything I do here, I do with a pure heart because she appreciates me.

Lusi is now seven, and Babalwa is still in the GOLD Restaurant kitchen happily helping to conjure the delicious African food enjoyed by guests from all over the world. Her favourite dishes from the current GOLD African menu are Tabouleh and Kosheri but her favourite food, Umpokhoko (crumbly maize porridge with sour milk or amasi) stems from her childhood.