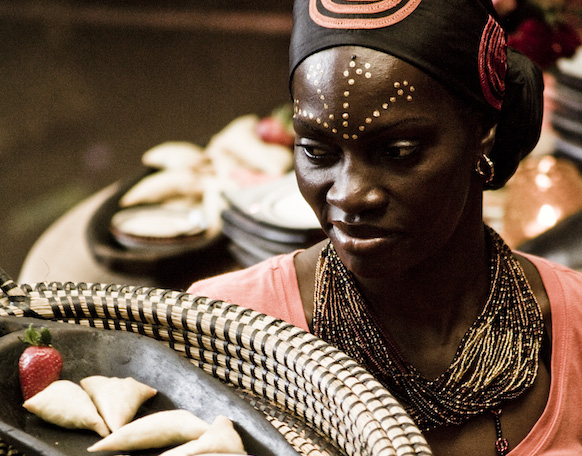 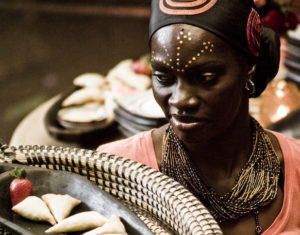 Born in one of Africa’s most populous cities

The oldest of five siblings, Prossy was born in 1978 in bustling Kampala, Uganda’s largest and most populous city. As a young girl she was smart, observant, and loved to read. Her father hoped she would one-day study at Makerere University, one of the oldest and most respected institutions in Africa.

Prossy was ambitious and wasn’t averse to the idea, but as she grew older, she had other dreams. She wanted to become a model but her parents were opposed to the idea. They felt it might expose her in ways that would undermine her dignity. She shelved those dreams and focused on what to do next.

From bakery to big cities

In spite of working studiously to attain entrance to study a Law degree, Prossy was a few points shy of making it into university and achieved a Higher Diploma in Marketing instead. Her parents were thrilled when her first job placed her in charge of production at the bakery at the University her father had hoped she might study.

Prossy had always been close to her parents, her four brothers and he sister and had never ventured too far away from the love and warmth of her family or Kampala City. It was the only place she had ever known. However, after having worked at the University for three years she soon felt the urge to travel, to broaden her mind, and to see what else was out there for her.

A journey to GOLD Restaurant in Cape Town

Motivated by a cousin living in the UK, she applied for a VISA. Certain that she’d get it, she resigned from her job. But her VISA was denied. The same cousin suggested South Africa. Prosy was excited at the idea and a little nervous. She’d heard the negative stories. Her cousin connected her with a friend in Claremont, Cape Town. So she made up her mind to scrap other people’s perceptions and go and decide for herself. That was 2004 and she’s been here ever since.

For a couple of years, Prossy worked in the retail industry as a boutique sales lady and in garment production. But by the end of 2007, she was ready for something new.

She remembers the 15th of February 2008 like it was yesterday. It was her first day of training at GOLD Restaurant. She was excited. Her parents were excited for her. She says, “I didn’t know anything about the hospitality industry or waitressing. I was slow and ignorant in the beginning, but Mwimbi (her then manager) was patient, Cindy (the owner) believed in me, and now I love it.”

More than any other aspect of working at GOLD Restaurant, Prossy enjoys it most when guests are open and curious. Prossy gives respect willingly so that she can get it in return. She’s dignified, proud, kind and non-confrontational. “I love to say sorry even if I know I’m right,” she says, you can always be sorry for a situation in order to make things calm and right. Saying sorry doesn’t mean you have to be wrong, she says, “There’s an intimacy and connection when you give of yourself.”

Prossy’s favourite dish on the GOLD Restaurant menu is Lamb Bredie (a typically South African casserole) with yellow rice. It’s not on the current GOLD menu but she hopes for its return. She also enjoys the Morog (spinach) and the Beef Suya (roasted skewered meat).

One of GOLD Restaurant’s shining stars

Prossy’s always thinking about the next personal and professional goal. She wants a family of her own and is inspired by Cindy and too wants to be a successful businesswoman one day. “People often ask me, who are you Prossy”? Next time you’re at GOLD Restaurant, chat to Prossy. If you’re lucky, you’ll get to learn from her, to experience her special brand of quiet wisdom. She has the kind of intuition and a real understanding of human nature that doesn’t come from the pages of a book.

GOLD Restaurant has opened Prossy’s mind to different cultures. “Our people come from all over Africa,” and there’s genuine affection in her voice when she says, “Cindy is an inspiration. She’s a boss but she’s also my friend and confidant. She’s there for me all the time. Being in a country with no relatives, no one from the same village, Cindy is my family here. GOLD is my village.”